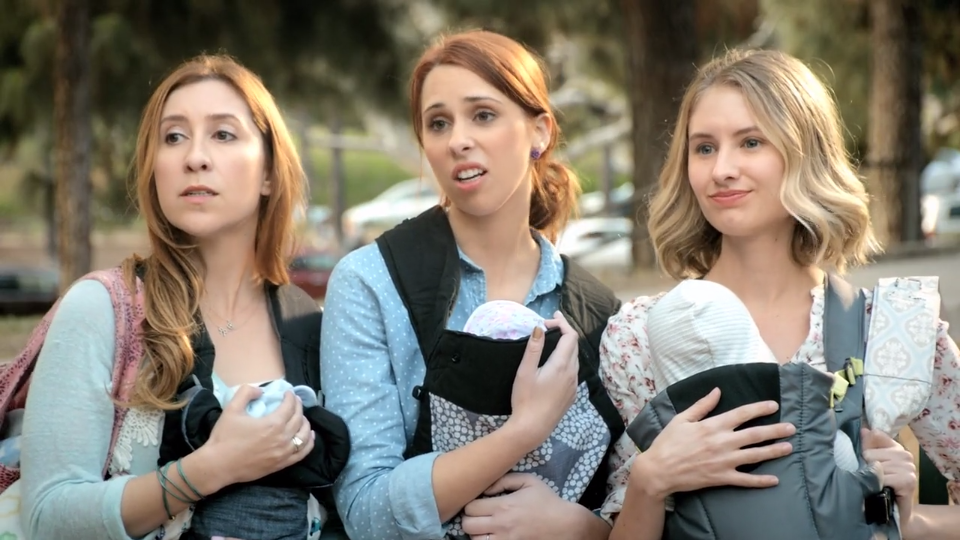 He let out a huge loud, full bodied howl of objection.

The other day a regular customer was getting ready to leave Mountain Baby.

I had known her for years. She had been a student of mine (a really great student) when I was teaching Early Childhood Education at the local college.

She started coming into the store regularly when she became pregnant and then came in regularly once her baby was born.

Her visits to the store were always an easy “come in, do whatever, and head out”.

Her baby was now a curious, mobile toddler and he had discovered our Thomas the Tank Engine table in the store. He was in heaven. He was playing with the trains and was totally and completely engrossed.

His mom told him that they would be leaving in a few minutes and then he’d have to say goodbye to the trains.

She reminded him a few times, gave him lots of preparation time, and then when it was time to go, he yelled his refusal so loud that everyone in the store could hear.

She didn’t get upset about it. She didn’t feel embarrassed or ashamed or guilty.

She patiently told him they were leaving and acknowledged that it was hard to go.

She waved good bye to the trains and picked him up, kicking and screaming and headed to the door.

As she reached the door, she turned around and looked at me with a knowing smile. I smiled back and then she started to laugh.

We both knew that her baby had moved in to a different stage of development, and he was  learning how to state his point of view. Since he was only 1½ he didn’t do it very graciously, but it was developmentally important that he do it.

This departure scenario has repeated itself many many times at Mountain Baby but it doesn’t usually end with a smile and a laugh.

Parents discover Mountain Baby and become a regular visitor to the store with their baby.

They’ll come in and just be holding their baby. Sometimes they’ll feed or have to change a fussy baby. Then they leave when they want to.

At this stage of their baby’s life, it’s pretty easy for them to deal with getting in and out of the store.

Then their baby gets mobile and starts to explore and play in the store. Baby starts having wonderful times in the store.

And then one day, when it’s time to leave…. huge loud, full bodied howls of objection!

Parents are shocked. What happened?!?

They are embarrassed, ashamed. They apologize profusely.

They feel guilty about their baby’s behaviour and assume that others who are watching think that they are bad parents.

Being embarrassed about your child’s behaviour is very common. You assume that everyone watching is judging you and very possibly they are.

And if you are honest with yourself, you probably rush to judgment about other people’s parenting when you see their kids behaving “badly”.

“What a spoiled brat.”
“Doesn’t she have any control over that kid?”
“He must have fed him nothing but sugar for lunch.”
“I can’t believe she’s still nursing him. What’s her problem?”

And on and on.

And by your own judgement of other parents, you feed the cycle of guilt and shame that parents experience.

Parenting is hard enough without fearing the condemnation of others. We all do our best. We are all trying to figure it out. Some have had good parenting role models. Many don’t.

Some parents are terribly embarrassed and really at a loss when their kids act out or fall apart. They will fall back into the yelling, and anger that their parents used with them. And then feel guilty and bad about themselves.

All of us at Mountain Baby make a point of reassuring parents when their kids cry and scream because they have to leave. We tell them that we see it all the time and that its very normal for young children to object when they are interrupted in their play or have to leave a place where they are very comfortable.

Sometimes we joke about it. One of my favourite lines is one I heard from a parent when her two year old was completely losing it.

I love that line! (feel free to use it rather than getting down on yourself)

When you’re in a difficult situation in public, it can be very hard to stop the self-criticism and embarrassment.

Try to accept that all children can sometimes behave “badly”. Deal with that behaviour in a way that’s best for the child and not be concerned about who is looking over our shoulder.

When you see another parent having a rough time, rather than judging privately to yourself or to the friends you are with, see how you can support the parent in some way.

Even a smile, and saying “looks like one of those days!” helps a lot. If the parent is overloaded with stuff, offer to help out.

What if you see the way someone else is parenting and you don’t like it?

Just be clear within yourself that you have chosen to parent differently. If the opportunity presents itself and the other person is open, you can supportively offer positive suggestions.

There are no awards given for being a perfect parent. Parenting not a competition either.

Choose to be easier on yourself and kinder to other parents who are struggling.

Easier said than done, but definitely worth the try for everyone’s sake.

(image credit: “The Mother ‘Hood” from Headroom on Vimeo)