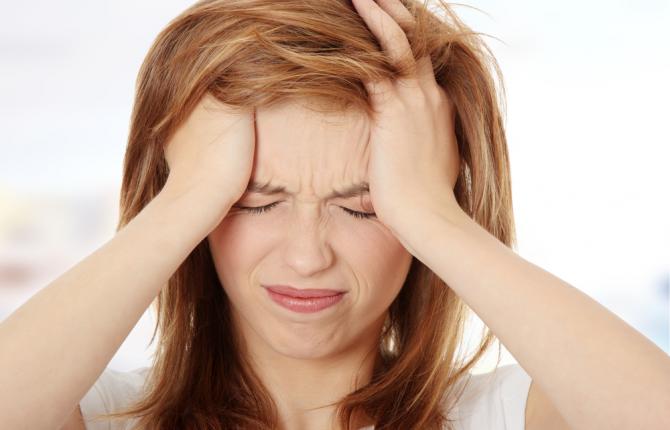 “Judy…there’s water pouring into the basement!!”

“I don’t know who to call, so I called you!” She was panicking.

That was the frantic call I got last Thursday morning from Jenn, our store manager.

The very same Thursday I decided to work from my home office because I had a ton of work to do…and when I’m at the store I’m constantly interrupted and dealing with “stuff”. (I’m sure as a parent you know all about being interrupted)

I had started my day at 6am, telling myself “This is going to be a super productive day.” I had a long list of things to do and was already being super productive. Check marks were cascading down my to do list. Yay!

And then, just as quickly as my productivity was humming along… it screeched to a halt with that phone call… all my carefully thought out plans for the day started “floating” out the window.

I needed to deal with it. The store’s landlord was in Hawaii. I emailed her quickly. Told her if I didn’t hear from her in 10 minutes I would call the plumber.

I couldn’t wait the 10 minutes. I called the plumber.

Mountain Baby is a really really old building and the plumbing is ancient. I wanted the plumbing company who was familiar with the weirdness of this building to come and deal with it but all of their plumbers were out on call.

Then I called the City Public Works and told them what was happening. They said they’d get right on it. And they did; someone was there in five minutes! (I called them the next day to thank them for their great service.)

So much for my productive day working at home.

I changed out of my workout clothes (I work out at home with online videos), popped a (peeled) hard boiled egg in my mouth, put on my hiking boots and drove down to the store.

I arrived to see the guy from City Public Works outside on Baker Street. He was using all his strength to try to turn the water valve off from the street because he couldn’t find the shutoff valve in the basement of the store.

“It’s an old building. The connection from the city water main is rusted closed. I have to call 2 more guys from the city to come and help.”

Help arrived. Together they eventually found the basement leak and one of them found (and closed) the water shut off hidden in a dark dingy room in the dark corner of the basement.

“We NEVER go in there. It so creepy! Who would put a water shut off way back there?”

The water was turned off but we still needed to patch the leak so I called the regular plumber again. (We probably have the most used bathroom in Nelson. Every preschooler seeks out our little toilet when they are in town!)

The plumber came, patched the leak, and turned on the water. Phew!

Meanwhile, lots of our display stuff was sopping wet. And useless.

Fixing a plumbing issue and dealing with water damage were certainly not on my to do list that day.

But instead of getting stressed out about it, I let it go.

Another meanwhile – I had to deal with an issue with the phone company. I had to scan and send them some documents and sure enough, the scanner didn’t work.

I’m pretty good at mothering our temperamental scanner – but nothing worked.

So instead of getting stressed out about it, I let it go.

Someone suggested I take photos of the documents on my phone and email them. So I lined them up carefully and did that. None of the emails went through.

And instead of getting stressed out about it, I let that go too.

And then, as if my “productive” day wasn’t going sideways enough…

My bank card (which I had used the day before) would not work when I went to the bank to make a deposit.

When I got back to the store Jenn came up to me and said “It’s starting to stink in here from the wetness in the basement.” She was right. Nothing quite like the smell of wet, 2000 year old cement! So I called in the help of the Cleanup & Restoration guys to take care of it.

Then we had to throw out all the wet stuff.

What else could happen?

I was scheduled for a webinar at 4pm, which I missed because I had set my “reminder” notification beep for 5pm.

After everything that had happened, alI I could do was laugh.

It was certainly “One of Those Days!”

So why am I telling you about this?

Because every parent on the planet can relate to the experience of things not going exactly as planned or things happening unexpectedly.

There is absolutely nothing you can do. There goes your day and probably your night too.

What can you do instead of getting furious and frustrated?

I recommend just let it go and laugh.

Because really, these mixups and mishaps are just a part of everyday life, and parenting is about dealing with life on a large scale. We absolutely don’t know what is coming around the curve, so we may as well choose to enjoy the ride, with all its bumps and detours.

You may find yourself overwhelmed with these unexpected situations. If you do, it’s a good idea to ask for help. Sometimes just a phone call to a friend is all you need. Sometimes you need personal help – and sometimes you may need the “Cleanup and Restoration” professional.

I’ve learned that I can’t deal with everything on my own. When I need help, I ask for it wherever I can find it. I was able to successfully deal with the soggy situation that happened that day, all thanks to getting help.

Asking for help when you need it is a great thing for your kids to learn. Laughing at life’s challenges teaches your kids that even though life is sometimes hard, that it’s still ok. Showing your kids how to be resilient will make your role (and life) as a parent less stressful and will make their lives less stressful too.

PS Life isn’t all bad. Yesterday I made myself chicken soup “for my soul”. Today I am at home working. And I have a meeting at 4:30pm, which I will get to on time.