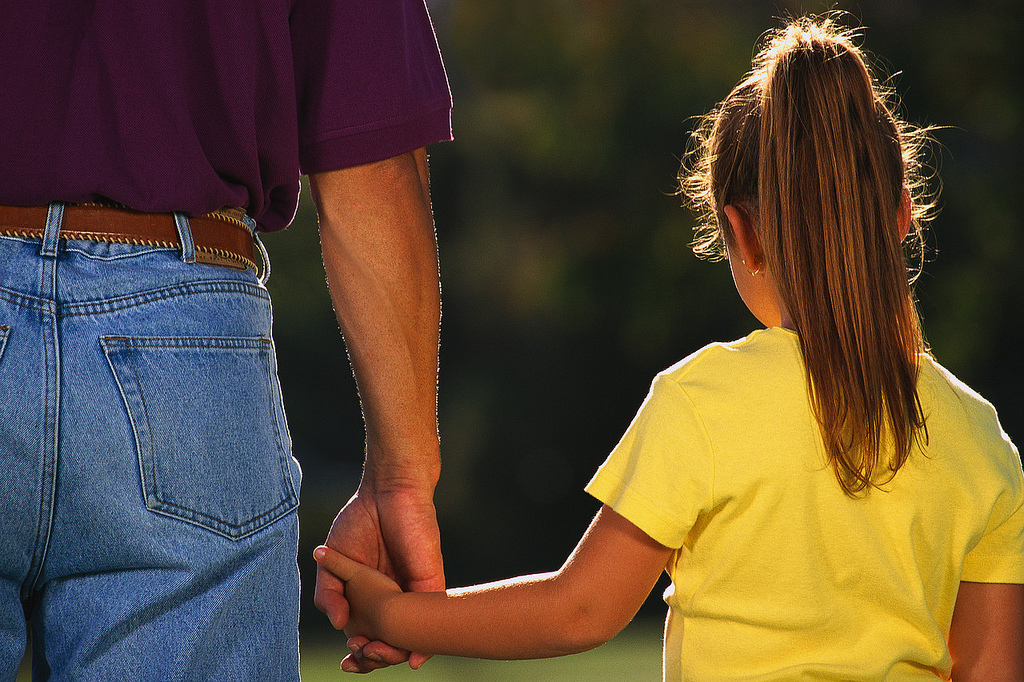 “He just told me he was leaving us.”

Those sorrowful words were said to me the other morning by a stranger I met on my morning walk along the lake.

She and I were walking towards each other and as she came near I heard her sobbing.

“That’s okay, I live over there (pointing to the townhouses along the lake), and I’m real easy to talk to.”

I guess my telling her that I lived close by was enough for her to trust me because the words came tumbling out.

She told me… her husband and father of her two young children was leaving the family to be with an 18-year-old girl he had met. He said this girl was young and free and not tied down with children…

He had only just told her this the day before I met her sobbing on the trail.

We ended up talking for about an hour. I had a lot of wisdom to share about healing and moving forward because I had a similar personal experience 13 years ago.

And in my 30 plus years of supporting and counseling mothers, I have seen this scenario played out over and over again.

Before I go on, I need to tell you that this is my blog for Father’s Day, and this post may be a bit heavier than usual. And after my encounter with that young mother, I just had to write about it.

In my experience, I’ve seen that for many people, Father’s Day is bittersweet. It’s not always a fun and happy time for celebrating the wonderful men in our and our children’s lives.

For many, Father’s Day can also be a very emotionally challenging day:

For women who have had their children’s father leave, or have gone through a painful and ugly divorce or separation.

For children who are struggling with the role their father plays in their lives.

For men and women who had/have a strained and unhappy relationship with their fathers.

For men and women who lost their own fathers through divorce or abandonment.

For fathers who are estranged from their children.

For men, women and children who lost a dearly loved father through death.

Father’s Day can be a day fraught with so many emotions.

Fathers play a large and powerful role in their children’s lives, whether they are physically present or absent, loving or emotionally distant.

So many adults have “father issues” that stay with them throughout their lives.

On the other hand, so many adults have great relationships with their fathers and know that their fathers have contributed so much to their happiness, positive self-image, and enthusiasm for life.

Fathering has changed significantly in the last 30+ years. Up until then fathers were taught that their role was to be the “breadwinner” and/ or “the disciplinarian”.

With the growth of the Women’s Movement and the changing roles and increasing opportunities for women, men’s roles began to change as well.

In those early days, choosing to be emotionally and physically involved in the day to day business of parenting took courage. Men were really stepping out from centuries of prescribed gender roles.

When they did, they were warmly welcomed into the land of parenting.

They began to attend prenatal appointments and prenatal classes. They attended and helped out at their children’s births.

For example, my children’s father was the first father to ever be present at a caesarean birth at the hospital where our children were born. We encouraged the hospital to change their policy after that, and they did. From that point on fathers were allowed to be present at c-section births.

Once their babies were born, fathers started changing diapers, bathing their babies, comforting their hurt and upset children, playing regularly with them, putting them to bed, attending parent-teacher conferences, coaching t-ball, cooking food, and (maybe) doing the laundry

Fathers were really choosing to take a very active role in their children’s lives.

And everyone has benefitted from that. It’s great for children, great for moms, and great for the dads themselves. Their lives are much fuller and richer than when they used to “keep their distance”.

There is, however, another societal change which has not been so positive.

This is the emergence of what is called “The Peter Pan Syndrome” – a descriptor applied to young men between 25 and 40, who choose to “never grow up”, who have a very difficult time with commitment, and who choose to leave a situation or relationship, rather than work things through.

For some of these men, being a father, and actually taking on the responsibilities of fathering, is just not cool.

So off they go…

This is absolutely shocking and devastating to the mother and the children and has the potential to leave lifelong scars.

For these families, Father’s Day is like rubbing salt in the wound. It is just a source of pain.

If you are in this situation please read this excellent article for some helpful ways of talking to your children on Father’s Day.

Every day in the store I see absolutely beautiful loving fathering. I see fathers carrying their babies in their baby carriers, I see fathers lovingly and joyfully playing with their children at the Thomas the train table or pushing their toddlers on the John Deere Tractor. I see fathers paying close attention and asking lots of great questions when I am helping their partners with breastfeeding.

These fathers are deeply bonded and connected with their children and it makes my heart sing.

And every once in the while I see the opposite.

I see fathers who seem to keep their emotional distance from their babies and children. They may speak harshly to them. They have little interest in supporting their partners with breastfeeding. They seem to feel that parenting is for women.

These fathers clearly demonstrate that they believe their role is to “bring home the bacon (or tofu)”, and be the disciplinarian. And seeing this situation breaks my heart.

My hope is that more and more men get to see the joys of being a deeply involved father. And that they build those heartfelt connections with their children.

There is now ample research showing that men have as much capacity to be as nurturing as women…and that it can even enhance their sense of masculinity.

So to those of you happily celebrating the fathers in your life, Happy Father’s Day.

And to those of you for whom this is a difficult day, let Father’s Day be a day where you choose to celebrate you and your children.

No matter what has happened, be grateful that your father or your children’s father was someone who gave life.