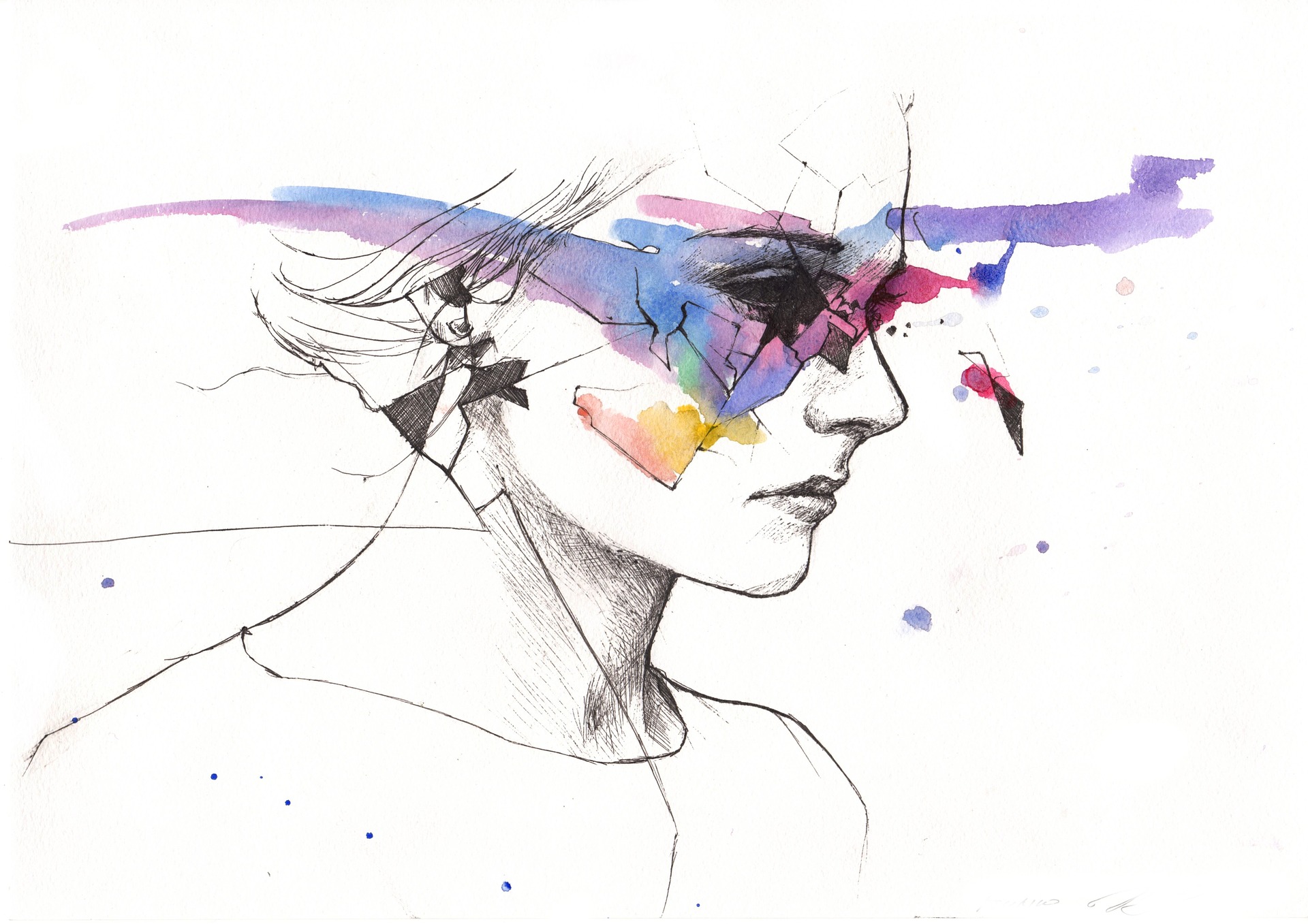 “Every time he talks back to me, something in me just snaps”.

Those were the words from a grandma who told me about the challenges she was having with her 10-year-old grandchild who was visiting her.

Every time she was with him, she was on edge. She never knew quite what to say. Or how to engage him. She felt distant and uncomfortable. Not very grandmotherly.

She was just waiting for him to do something that would upset her. And inevitably he did.

She had a list in her head of all the things about him that didn’t “work” for her. Over the years of her relationship with him, those “things”, those behaviours or personality traits, just loomed larger and larger.

They were “triggers”. And when they occurred, she automatically went into reaction and became more and more distant from him.

Now, if you are a grandparent, I’m sure you can imagine how this grandmother felt. All your dreams and fantasies of a close and warm relationship with your child’s child, are just crushed.

The stories you hear from your friends about how much they enjoy their grandchildren, how close and loving they are and the fun they have together, just cut to the bone.

Of course, grandparents aren’t the only ones who can get triggered. I hear similar stories from parents as well. There are certain things their children regularly do that really upset them.

“My five-year-old child is just a whiner. Anytime he doesn’t get his way he starts whining and whining, and even though I’d never do it, I just feel like smacking him! I can’t stand it!. It’s getting so I don’t want to go anywhere with him because he’s going to start whining as soon as things go against his desires.”
Or

“When my two-year-old daughter says “no” to me, something inside just snaps. I can’t stand it and I go on and on to her about how she shouldn’t say “no” to me and that when I say to do something, I mean it and she’d better listen. We seem to be having more and more of these confrontations and it’s just getting worse!”
Or

“My 3-month-old wants to be held all the time. Sometimes he’s hungry so I feed him and he STILL wants to be held. I find myself getting really annoyed with him and just put him down and let him cry. I can’t stand it that he wants to be close to me all the time. He doesn’t self-soothe yet but I think he’s learning that he has to… because I’m just tuning out the crying.”

“My toddler insists on eating with her fingers and I can’t stand the mess. It infuriates me. I’ve shown her a million times how to use her fork and spoon and she can do it. But she just won’t. I don’t even feel like feeding her real food anymore.”

All these situations have something in common and the behaviours the various children are engaging in are all very common:

A ten-year-old “talking back”
A five-year-old who whines
A two-year-old who says “no”
A toddler who eats with their hands
A three-month-old who wants to be held all the time.

There is nothing unusual about what they are doing and, even though most parents or grandparents would find the behaviours annoying, they wouldn’t feel the same level of intensity or upset that these parents feel. For all of these adults, there is something else going on here besides the children’s behaviour.

They are all getting “triggered”.

So what does getting triggered really mean?

Triggering occurs when any certain something (a “trigger”) causes a negative emotional response. The emotional response can be fear, sadness, anger, panic, flashbacks, and pain, as well as any physical symptoms associated with these emotions (shaking, loss of appetite, fainting, fatigue, and so on).

What differentiates a trigger from a normal everyday response to a situation? Simply put, the response is bigger.

It is out of proportion to what’s happening in front of you. It takes on a meaning that goes way deeper than the actual situation is presenting to you.

What might provoke a small sense of annoyance or something that makes you roll your eyes, instead goes deeply into you and evokes a full body response.

Your heart may beat faster and breathing may get more shallow, your jaw may tighten, you may suddenly feel exhausted, or very sad, your fists or other muscles in your body are suddenly tense, you may feel hurt and take whatever happened as a personal attack on you. You may want to run away or scream.

And yet… it’s just a child whining. Or saying no, or making a mess, or talking back, or wanting comfort and close physical contact with you. All normal child behaviours.

So, why is your reaction so intense? Why are you reacting as though your life were on the line?

Why are you being “triggered”?

It is generally accepted in psychology that people get triggered when something that happens in the present makes us recall an emotionally or physically painful event or series of events from our past.

Being triggered is well recognized in Post Traumatic Stress Disorder, wherein the traumatic event keeps replaying itself in the traumatized person’s mind, evoking all the terrifying feelings that accompanied the trauma.

In parenting (or grandparenting) specifically, we are triggered when we experience parenting events that remind us of negative, hurtful, or truly traumatic events that happened to us in our childhoods.

For example, when I spoke with the grandmother that was triggered by her grandson talking back to her, she realized as she explored her reaction, that talking back was absolutely forbidden when she was a child and that she was yelled at, threatened, and sometimes severely punished when she did it.

When she heard her grandson talking back to back to her, all of her old feelings of guilt, shame, and fear came flooding back in. She couldn’t clearly see that she had a range of approaches to deal with this and tell him how she felt. She was way too deep into an emotional reaction.

The parent who couldn’t handle whining was himself a “whiner” (according to his parents) and was made to feel ashamed and inadequate when he complained about something.

The parent of the two-year-old who said “no” was routinely hit and slapped and yelled at and told “don’t you ever say no to me” by her parents.

The parent of the toddler who likes to eat with her hands was raised by a mother who had Obsessive Compulsive Disorder and couldn’t handle any mess, or dirt or disorder and went into major upset when his toddler was messy.

And the parent who wouldn’t pick up and hold her crying baby if he didn’t have a good reason (like hunger) was raised by emotionally cold and distant parents who paid little attention to her emotional needs.

When we carry these childhood scars with us our children will bring them to the surface and we, if we are not conscious of this, will be passing the damage on to the next generation.

We all sometimes get triggered by our children (and partners, and co-workers and teachers and bosses and even random people that we meet).

There’s nothing wrong with getting triggered.

What’s important is to recognize when we are triggered.

We need to acknowledge that WE are the one having the problem, not the child.

WE are simply reacting like the child we once were and that WE have the capacity as adults to observe our reactions, calm ourselves down, and consider a mature response to the situation in front of us.

So much of our children’s “misbehaviour” is developmentally normal and just part of what it means to be a toddler or a two year old or five year old or ten year old. Their behaviour is not done to torment us, although if you are “triggered” it can feel that way.

When we consistently allow our triggers to direct our parenting and consistently behave in an immature reactive way with our children, we push them away from us. We lose our connection with them. We stop seeing them as they really are and lose opportunities for closeness.

We stop seeing ourselves as their security base, as their teachers, as the people they can count on to help them learn how to be in the world. We become people to be feared.

More than anything else, our children want a deep connection with us. They want to feel valued, loved and safe with us. When they do things we don’t like or are unsafe or harmful to others, we need to tell them how we feel, acknowledge how they feel and offer direction, solutions and skills to handle the intense feelings they usually have when they “misbehave”.

Children offer us a great opportunity to get to know ourselves better, to recognize the hurt we may be carrying, and to actively work to heal those hurts.

They present us with a second chance at “growing up” and becoming the people we really want to be.

And they provide us the opportunity to break the chain of hurt and dysfunction that unconsciously gets passed on from generation to generation.

If we could all do that, what a wonderful world it would be.

No, this is not one of those silly online surveys. I’m not asking you to…

How to Stop Beating Yourself Up and Be a Good Parent

“What am I doing wrong?” - I hear this from parents often, especially when their…

How Technology Impacts Your Relationship with Your Child

What would you do if you lost your smartphone? Scary thought isn't it? Up until…