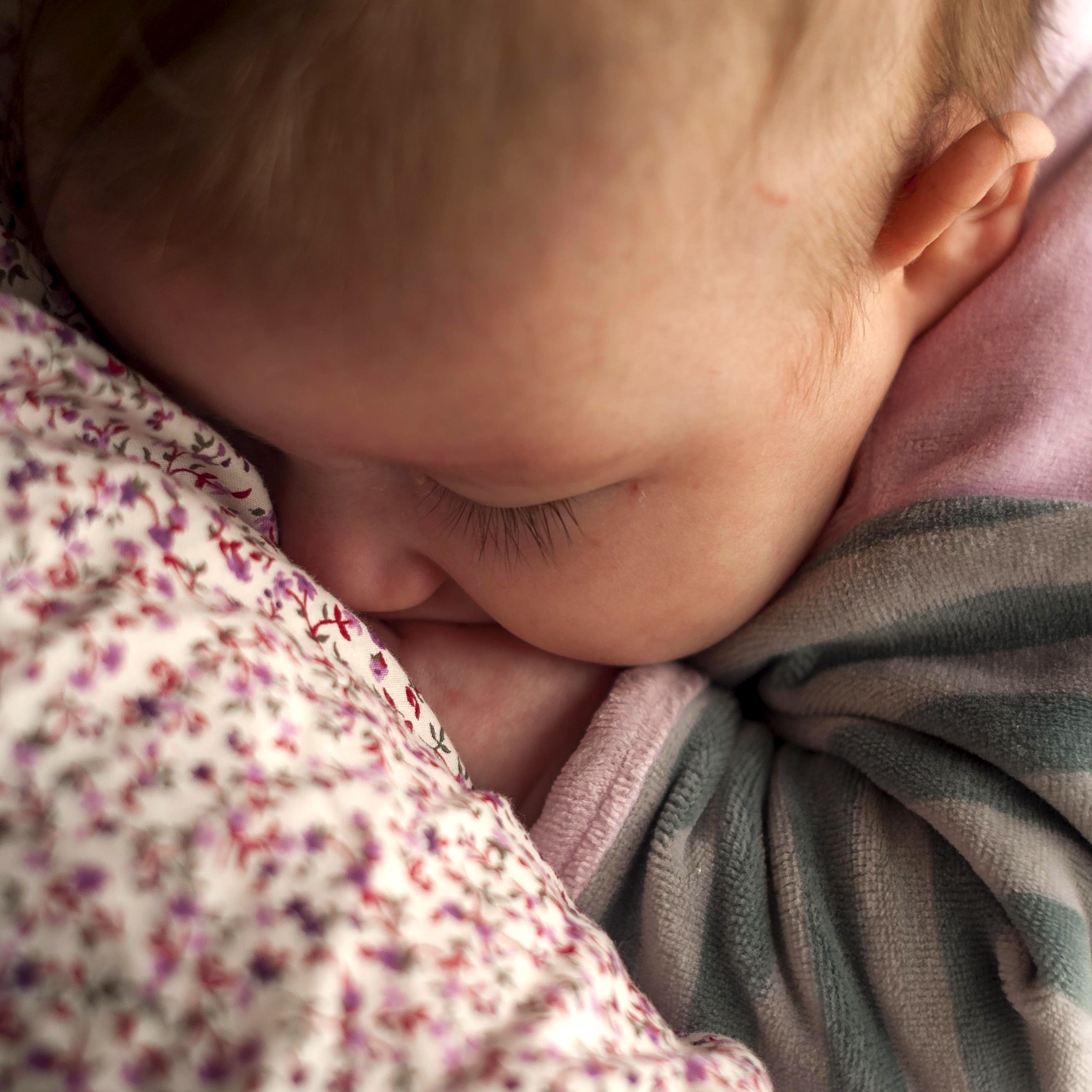 This week, the news media were having a feeding frenzy over one new baby sleep research study out of Australia. The headlines were short, big and bold.

Concerns that sleep training will cause emotional issues may be unfounded: study – CTV News

And the list goes on and on and on… 9 pages of Google taken up with variations on the headline from many news outlets.

Why did this research study on baby sleep become so newsworthy?

From my perspective, there are a number of reasons.

Baby sleep is a hot topic – and a big money maker.

The way babies sleep hasn’t changed since the beginning of humans’ time on earth. But our expectations of how they sleep has changed. We now EXPECT our babies to be sleeping through the night by six months.

And when they don’t, it’s seen as “problem behaviour.”

I was talking to a public health nurse yesterday who told me that, according to her research and experience, 75% of babies 6-12 months have “sleep problems.” She then asked a very good question: if 75% of babies are sleeping this way, doesn’t that make it normal?

But night waking in babies, infants and toddlers have become pathologized. Parents are meant to feel that there is something wrong with them and their babies even when they have perfectly normal sleep-wake patterns. This causes tremendous anxiety, stress and guilt in parents.

When parents are told that their little ones are doing something abnormal or unhealthy and that night waking is a problem, they are highly motivated to fix the problem.

They will also find each instance of waking incrementally more distressing and they will feel worse, day by day, night by night and become more and more motivated to “DO SOMETHING”.

Many of the techniques used to get babies to sleep more involve not responding to babies’ cries and not following parental intuitive needs to calm and comfort their babies. “Crying it out” is one of those techniques.

Allowing babies to cry without comforting is very difficult for many parents, but they feel they have to do it. And when they do, they feel guilty and distressed. So, having one study say that “crying it out” is ok relieves lots of guilt for lots of parents.

And that becomes newsworthy.

There are a number of things about this piece of baby sleep research and the accompanying media coverage that concern me.

First off, I saw that many of the media articles used a photo of a distressed, crying newborn lying alone in its crib or cradle. However, the actual study refers only to babies 6 months and up. If you look at that picture and read the headline, the message is – it’s ok to leave your newborn to cry it out. This is dangerous and damaging.

The media coverage also glossed over a number of findings in the study such as:

Ok, I could go on about how the media reported on the study, but after reading these articles and the study itself, the point of my blog post is to say that the findings of this one study do not make truth simply because the media said so.

Now, one could argue about the pros and cons of sleep training forever. But, in the long run, it comes down to who and how you want to be as a parent, how depressed and desperate you are feeling, and also how you choose to view night waking.

Many parents who have babies that wake regularly at night simply don’t see it as a problem. They enjoy the contact with their babies and don’t see the wakefulness as pathology or a personal failure. I’ve known many employed parents who treasured their middle of the night nursing and cuddles with their baby.

Most serious sleep training programs state that the ultimate goal is for your baby not to need you or depend on you when they go to sleep or when they wake up.

Many parents find that goal objectionable, because they want their babies to know that they are always there for them, not only at particular times of the day.

As I mentioned in another blogpost, we have an obsession in western industrial societies for our babies to become as independent as possible, as early as possible. The push to sleep train is part of that obsession.

I do a lot of reading on sleep training sites because I want to know what parents are reading. I find one of the sites that is very popular to be strangely amusing (its founder and owner is recognized as an outstanding entrepreneur). So many of the articles on this site deal with “the common sleep regressions”.

In essence, the site says…

you can go through all the effort of sleep training but still your baby will probably have:

With each regression, the baby starts waking again…and after all these regressions you have to re-implement your sleep training.

Am I the only one who thinks that sounds ridiculous? Since when did normal patterns become “regressions?”

Is it really worth the struggle and the suffering and the crying if, in the course of normal infant development, babies naturally wake up at certain ages and also naturally get more mature sleep as they get older?

Babies and infants and toddlers and preschoolers and school age children, and sometimes even teenagers, and many many adults wake at night.

You are not a bad parent if you have chosen to lovingly nurture your baby or child to sleep or back to sleep.

There are just as many references online and elsewhere that detail the negative effects of sleep training. Look here and here. And here’s my blog post on the subject.

Speaking from personal experience, with the exception of one horrifying two-night attempt at “crying it out” with my first baby, I ended up nursing, singing, cuddling, reading, talking, back rubbing, basically “parenting” my children to sleep. I always comforted them when they awoke.

Their father and I made it very clear that we were available, no matter what time of the day or night it was.

Yes. Sometimes I wanted to tear my hair out – but that was usually because I had other stresses in my life.

Would I do it differently if I could do it over? No.

I treasure those nighttime connections now. I love how close I am to my grown children. I love that they are still able to talk things over with me openly. They still know that I am there for them, and I know, if I need them, they will be there for me.

That is what worked for me.

What about you? What works for you?

You know your own limits. Trust yourself to know when you have had it and need to do something about night waking. You are not a bad parent if you choose to assist your baby in learning to sleep.

If you do, I suggest you find the most gentle approaches, of which there are many. Feel free to reach out to me if you are looking for more information or if you are seeking one-on-one support.

NOTE: If your older baby or toddler is waking every 20 or 30 minutes, you might want to check out food allergies, other hidden medical problems, infant chiropractic or cranial sacral therapy.

Child Development Stages: Keep your little one on track without pushing

He was crying bitterly. He was stomping his feet. He would not take off his…

Is your kid normal? Understanding Temperament Traits in Your Child

I've been around a lot of babies and children over the last 30 years. And… 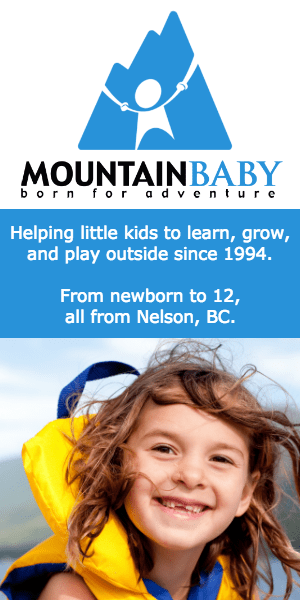 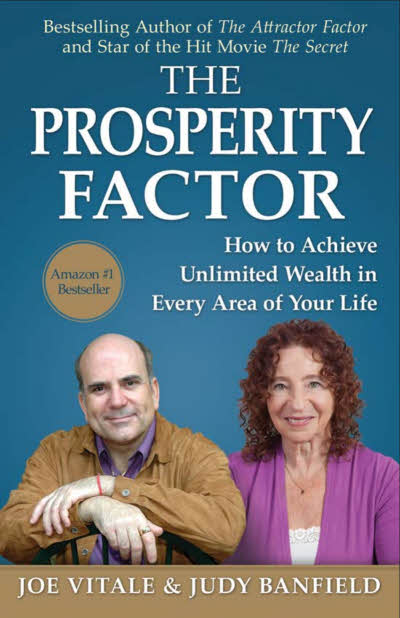